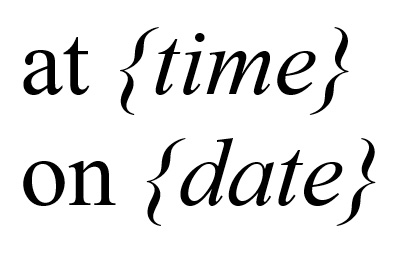 One of the challenges in adapting programs to work with different languages is message formatting. This is the process of formatting and inserting data values into messages in the user’s language. For example, “The package will arrive at {time} on {date}” could be translated into German as “Das Paket wird am {date} um {time} geliefert”, and the particular {time} and {date} variables would be automatically formatted for German, and inserted in the right places.

The Unicode Consortium has provided message formatting for some time via the ICU programming libraries and CLDR locale data repository. But until now we have not had a syntax for localizable message strings standardized by Unicode. Furthermore, the current ICU MessageFormat is relatively complex for existing operations, such as plural forms, and it does not scale well to other language properties, such as gender and inflections.

The Unicode CLDR Technical Committee is formalizing a new working group to develop a technical specification for message format that addresses these issues. That working group is called the Message Format Working Group and is chaired by Romulo Cintra from CaixaBank. Other participants currently represented are Amazon, Dropbox, Facebook, Google, IBM, Mozilla, OpenJSF, and Paypal.

For information on how to get involved, visit the working group’s GitHub page: https://github.com/unicode-org/message-format-wg

Open discussions will take place on GitHub, and written notes will be posted after every meeting. 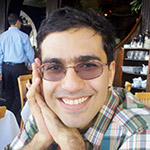 For the listing of current directors and officers of the Consortium please see Unicode Directors, Officers and Staff
Posted by Unicode, Inc. at 3:05 PM Links to this post