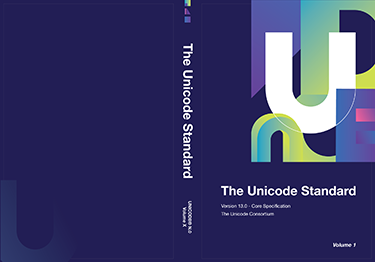 The selected cover artwork is an original design by Huijun Shan, an award-winning senior UI designer, who has a B.S. in Communication Engineering from Nanjing University. The design was inspired by building blocks for children using letters put together with a scientific color scheme.

Two runner-up designs by Du Lilyu and Saagar Setu were also selected. Lilyu's design cleverly incorporates the Unicode logo into the version number, while Setu's design signifies the endless running for the next Unicode release. Du Lilyu is a graphic designer in China, while Saagar Setu is a Unicode enthusiast based in Ahmedabad, India. 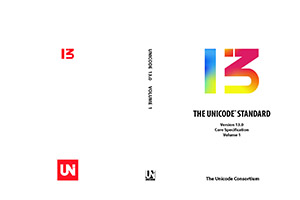 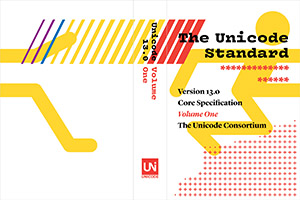