104 proposed Emoji Candidates (60 characters plus variants) have advanced to Draft Candidate status for 2019.  These are the short-listed candidates for Emoji 12.0, which is planned for release in 2019Q1 together with Unicode 12.0.

The draft candidates include the following:

That list of draft candidates will be reviewed and finalized this September. Feedback is solicited on short names, keywords, and ordering. See also the Emoji 11.0 charts. 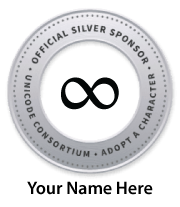