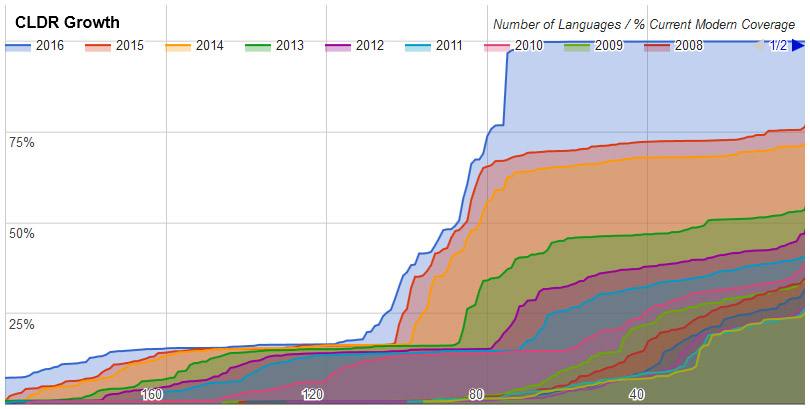 Unicode CLDR 30 provides an update to the key building blocks for software supporting the world’s languages. This data is used by all major software systems for their software internationalization and localization, adapting software to the conventions of different languages for such common software tasks. The following summarizes the main improvements in the release.

For further details and links to documentation, see the CLDR Release Notes
Posted by Unicode, Inc. at 2:18 PM