The Emoji 12.0 Beta contains 236 Emoji Draft Candidates, consisting of 61 characters plus 175 sequences. These are slated for release in 2019Q1 together with Unicode Version 12.0.

The emoji are in the following categories: 3 smileys & emotion, 209 people & body, 7 animals & nature, 9 food & drink, 6 travel & places, 3 activities, 15 objects, and 12 miscellaneous symbols. 50 of  the new emoji (including gender/skin-tone variants) are for accessibility, such as ear with hearing aid and woman in manual wheelchair. The hearts, circles, and squares now have the same set of colors for decorative and/or descriptive uses.

(A) Full Emoji v12.0 support requires that the holding-hands emoji (👫 👬 👫) with specific genders be supported with 55 combinations of mixed skin tones, such as:
(B) Full Emoji v12.0 support requires that the 6 multi-person emoji (👯️‍  🤼 🤝 💏 💑 👪) without specific gender be supported with the 5 human skin tones, such as:
A mechanism is provided for mixed skin tones for emoji in group B, such as with a family of man+woman+girl+boy, but support is optional.

The following notes are relevant for implementers:
The complete list of emoji sequences for Emoji 12.0 will be finalized during the next UTC meeting in January 2019. The CLDR English names and keywords for the new emoji characters will be finalized within the next month, and translation into 80+ languages (such as Slavic languages) will begin. Feedback is welcome on the sorting order and the English names and keywords.

Unicode® ICU 63 has just been released. It updates to CLDR 34 locale data with many additions and corrections, and some new languages. ICU adds an API for number and currency range formatting, and an API for additional Unicode properties and for constructing custom properties. CLDR and ICU include data for testing readiness for the upcoming Japanese calendar era.

For details please see http://site.icu-project.org/download/63.
Posted by Unicode, Inc. at 11:35 AM 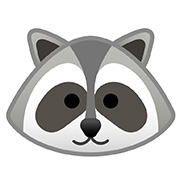 The combining classes of Arabic combining characters in Unicode are different than combining classes in most other scripts. They are a mixture of special classes for specific marks plus two more generalized classes for all the other marks. This has resulted in inconsistent and/or incorrect rendering for sequences with multiple combining marks since Unicode 2.0.

The Arabic Mark Transient Reordering Algorithm (AMTRA) described in UTR #53 is the recommended solution to achieving correct and consistent rendering of Arabic combining mark sequences. This algorithm provides results that match user expectations and assures that canonically equivalent sequences are rendered identically, independent of the order of the combining marks.

The concepts in this algorithm were first proposed four years ago by Roozbeh Pournader. We are pleased it has now been published as an official Technical Report.

Michele Coady and Iris Orriss join the Consortium Board of Directors for the first time. Bob Jung, Alolita Sharma, and Greg Welch have been re-elected to continue their service as Directors.

Michele Coady is a Director of Global Readiness at Microsoft, responsible for the Microsoft Global Readiness policy, which includes driving geopolitical, globalization and internationalization compliance, risk management and awareness company-wide. She has been providing geopolitical support and guidance for the Microsoft Unicode emoji work for several years.

Iris Orriss serves as Director of Internationalization at Facebook. She has been with Facebook since January 2013 and is passionate about eliminating the internet language and cultural barriers. Her work focuses on growing Facebook in international markets. In addition, Iris is member of the board at Translators without Borders, a nonprofit organization that provides vital information in the right language at the right time. Prior to Facebook, Iris was a director at Microsoft working on product internationalization and development process in the enterprise and language technology divisions. She is a native of Germany, speaks four languages, and was educated at Freie Universität Berlin.

The Unicode Consortium would like to thank Dachuan Zhang who will step down in 2019 after four years as a member of the Board of Directors.

For the listing of current directors and officers of the Consortium please see Unicode Directors, Officers and Staff.
Posted by Unicode, Inc. at 10:25 AM 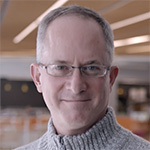