ICU moves to GitHub and Jira

International Components for Unicode (ICU) is a mature, widely used set of C/C++ and Java libraries providing Unicode and Globalization support for software applications. ICU is widely portable and gives applications the same results on all platforms and between C/C++ and Java software.

As of this week, ICU has moved from a self-hosted source code and bug tracking environment, to git on GitHub and Jira on Atlassian Cloud, respectively. Pull requests are welcome, as are bug reports on the new issue tracking system.

Email ThisBlogThis!Share to TwitterShare to FacebookShare to Pinterest
Labels: ICU 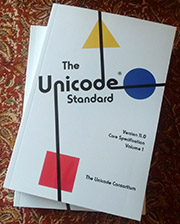 The Unicode 11.0 core specification is now available in paperback book form with a new, original cover design. This edition consists of a pair of modestly priced print-on-demand volumes containing the complete text of the core specification of Version 11.0 of the Unicode Standard.

Each of the two volumes is a compact 6×9 inch US trade paperback size. The two volumes may be purchased separately or together, although they are intended as a set. The cost for the pair is US $16.58, plus postage and applicable taxes. Please visit the description page to order.

The Unicode Consortium is pleased to announce the design selected for the cover of the forthcoming print-on-demand publication of The Unicode Standard, Version 11.0. The Unicode Consortium issued an open call for artists and designers to submit cover design proposals. An independent panel reviewed all submitted designs. Because of the accelerated release schedule for Version 12.0 (March 2019), the design for the print-on-demand publication of The Unicode Standard, Version 12.0 was also selected at this time. 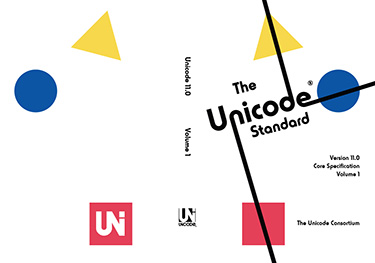 The cover for Version 11.0 is an original design by Joyce S. Lee, a graduate student in the UC Berkeley School of Information. Her artwork was inspired by the well-known early 20th-century Bauhaus design school. She explains, “I see numerous parallels between the Bauhaus and the Unicode Consortium, including an intersection of workmanship and technological reproduction, a spirit of collaboration, as well as a widespread cultural influence. With this Bauhaus inspired cover, I thus aim to represent the Unicode Standard as a form of instructional reference for technologists around the world.” 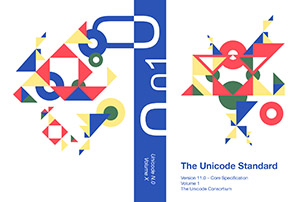 Cover artwork for Version 12.0 was created by Monica Tang, a computer science student at UC Berkeley. Her design was inspired by the simplicity of the geometric shapes that comprise the diversity of characters and symbols represented in the Unicode Standard. She notes, “Incorporating a variety of shapes and colors into a patterned design, I seek to convey the sheer breadth of the languages covered in the Unicode Standard as well as a sense of commonality.” 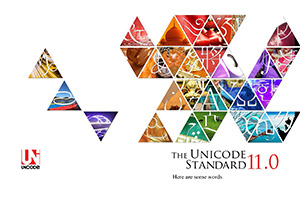 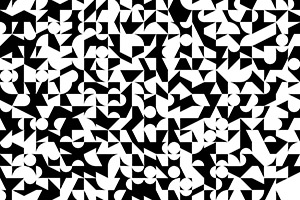