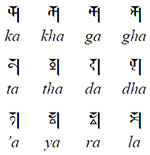 The core specification for Version 8.0 of the Unicode Standard is now available, containing significant updates and improvements:
In Version 8.0, the standard grew by 7,716 characters. This version continues the Unicode Consortium’s long-standing commitment to support the full diversity of languages around the world by adding new scripts and other characters that support additional languages of Africa and India, such as Ik, Kulango, and Tai Ahom. The text of the latest version also documents the newly adopted Georgian lari currency symbol.

Babel Rousers: The 900 Year Quest to Build a Better Language

After a Monday full of tutorials for new attendees and those requiring a refresher, join us Tuesday morning for a keynote presentation by Arika Okrent, linguist and author of In the Land of Invented Languages. Arika will be illustrating the history of approaches to language invention, both ingenious and foolhardy, by looking at particular words from these languages.

About IUC 39, October 26-28, 2015: The Internationalization and Unicode® Conference (IUC) is the premier event covering the latest in industry standards and best practices for bringing software and Web applications to worldwide markets. This annual event focuses on software and Web globalization, bringing together internationalization experts, tools vendors, software implementers, and business and program managers from around the world. Read more.
Posted by Unicode, Inc. at 10:58 AM