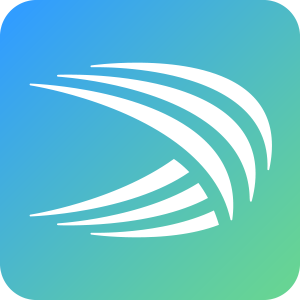 The Unicode® Consortium is pleased to announce that SwiftKey is joining the Unicode Consortium as an associate member. We look forward to their contributions to the Unicode Standard and other consortium work, which will involve helping to make data-driven decisions about which emoji ultimately make it to people's phones and other devices. As part of this decision-making process, SwiftKey will be providing the Consortium with aggregate, anonymized emoji usage data from its SwiftKey Cloud services.

For the full list of Unicode Consortium members, see http://www.unicode.org/consortium/members.html.

SwiftKey Keyboard is the keyboard app for iPhone and Android known for learning and predicting favorite words, phrases, and emoji. Founded in London in 2008, SwiftKey’s technology is now found on more than 250M devices worldwide.

For more, see SwiftKey's announcement on joining the Unicode Consortium.
Posted by Unicode, Inc. at 5:36 PM

For further information, please see the Public Review Issues page.
Posted by Unicode, Inc. at 9:59 AM

Version 8.0 of the Unicode Standard is now available. It includes 41 new emoji characters (including five modifiers for diversity), 5,771 new ideographs for Chinese, Japanese, and Korean, the new Georgian lari currency symbol, and 86 lowercase Cherokee syllables. It also adds letters to existing scripts to support Arwi (the Tamil language written in the Arabic script), the Ik language in Uganda, Kulango in the Côte d’Ivoire, and other languages of Africa. In total, this version adds 7,716 new characters and six new scripts.

The first version of Unicode Technical Report #51, Unicode Emoji is being released at the same time. That document describes the new emoji characters. It provides design guidelines and data for improving emoji interoperability across platforms, gives background information about emoji symbols, and describes how they are selected for inclusion in the Unicode Standard. The data is used to support emoji characters in implementations, specifying which symbols are commonly displayed as emoji, how the new skin-tone modifiers work, and how composite emoji can be formed with joiners. The Unicode website now supplies charts of emoji characters, showing vendor variations and providing other useful information.

The 41 new emoji in Unicode 8.0 include the following:


(For the full list, including images, see emoji additions for Unicode 8.0.)

Three other important Unicode specifications are updated for Version 8.0:
Some of the changes in Version 8.0 and associated Unicode technical standards may require modifications in implementations. For more information, see Unicode 8.0 Migration and the migration sections of UTS #10, UTS #39, and UTS #46. For full details on Version 8.0, see Unicode 8.0.
Posted by Unicode, Inc. at 1:27 PM

The conference program has just been announced for this year's Internationalization and Unicode® Conference (IUC), October 26-28 in Santa Clara, California.

This is the premier annual event covering the latest in industry standards and best practices for bringing software and Web applications to worldwide markets. The program focuses on software and Web globalization, bringing together internationalization experts, tools vendors, software implementers, and business and program managers from around the world.

In addition, please join us in welcoming over 20 first-time speakers to the program! This is just another reason to attend; fresh talks, fresh faces, and fresh ideas!
Posted by Unicode, Inc. at 12:31 PM