The Unicode CLDR v42 Beta is now available for specification review and integration testing. The release is planned for Oct 19, but any feedback on the specification needs to be submitted well in advance of that date. The specification is available at Draft LDML Modifications. The biggest change is the new Person Names Formatting section.

The beta has already been integrated into the development version of ICU. We would especially appreciate feedback from ICU users and non-ICU consumers of CLDR data, and on Migration issues.

Feedback can be filed at CLDR Tickets.

There are many other changes: to find out more, see the draft CLDR v42 release page, which has information on accessing the date, reviewing charts of the changes, and — importantly — Migration issues.

In version 42, the following levels were reached:

Hello! Ndeewo! Molweni! Салам! Across the world, people are coming online with smartphones, smart watches, and other small, low-resource devices. The technology industry needs an internationalization solution for these environments that scales to dozens of programming languages and thousands of human languages.

Enter ICU4X. As the name suggests, ICU4X is an offshoot of the industry-standard i18n library published by the Unicode Consortium, ICU (International Components for Unicode), which is embedded in every major device and operating system.

This week, after 2½ years of work by Google, Mozilla, Amazon, and community partners, the Unicode Consortium has published ICU4X 1.0, its first stable release. Built from the ground up to be lightweight, portable, and secure, ICU4X learns from decades of experience to bring localized date formatting, number formatting, collation, text segmentation, and more to devices that, until now, did not have a suitable solution.

Lightweight: ICU4X is Unicode's first library to support static data slicing and dynamic data loading. With ICU4X, clients can inspect their compiled code to easily build small, optimized locale data packs and then load those data packs on the fly, enabling applications to scale to more languages than ever before. Even when platform i18n is available, ICU4X is suitable as a polyfill to add additional features or languages. It does this while using very little RAM and CPU, helping extend devices' battery life.

Portable: ICU4X supports multiple programming languages out of the box. ICU4X can be used in the Rust programming language natively, with official wrappers in C++ via the foreign function interface (FFI) and JavaScript via WebAssembly. More programming languages can be added by writing plugins, without needing to touch core i18n logic. ICU4X also allows data files to be updated independently of code, making it easier to roll out Unicode updates.

How does ICU4X achieve these goals, and why did the team choose to write ICU4X over any number of alternatives?

You may still be wondering, what led the Unicode Consortium to choose a new Rust-based library as the solution to these problems?

II.A. Why a new library?

The Unicode Consortium also publishes ICU4C and ICU4J, i18n libraries written for C/C++ and Java. Why write a new library from scratch? Wouldn’t that increase the ongoing maintenance burden? Why not focus our efforts on improving ICU4C and/or ICU4J instead?

ICU4X solves a different problem for different types of clients. ICU4X does not seek to replace ICU4C or ICU4J; rather, it seeks to replace the large number of non-Unicode, often-unmaintained, often-incomplete i18n libraries that have been written to bring i18n to new programming languages and resource-constrained environments. ICU4X is a product that has long been missing from Unicode's portfolio.

Early on, the team evaluated whether ICU4X's goals could have been achieved by refactoring ICU4C or ICU4J. We found that:

For all these reasons, we decided that a Rust-based library was the best long-term choice.

II.B. Why use ICU4X when there is i18n in the platform?

Many of the same people who work on ICU4X also work to make i18n available in the platform (browser, mobile OS, etc.) through APIs such as the ECMAScript Intl object, android.icu, and other smartphone native libraries. ICU4X complements the platform-based solutions as the ideal polyfill:

One of the most visible departures that ICU4X makes from ICU4C and ICU4J is an explicit data provider argument on most constructor functions. The ICU4X data provider supports the following use cases:

III. How We Made ICU4X Lightweight

There are three factors that combine to make code lightweight: small binary size, low memory usage, and deliberate performance optimizations. For all three, we have metrics that are continuously measured on GitHub Actions continuous integration (CI).

Internationalization involves a large number of components with many interdependencies. To combat this problem, ICU4X optimizes for "tree shaking" (dead code elimination) by:

Developers can statically link ICU4X and run a tree-shaking tool like LLVM link-time optimization (LTO) to produce a very small amount of compiled code, and then they can run our static analysis tool to build an optimally small data file for it.

In addition to static analysis, ICU4X supports dynamic data loading out of the box. This is the ultimate solution for supporting hundreds of languages, because new locale data can be downloaded on the fly only when they are needed, similar to message bundles for UI strings.

Although we always seek to improve performance, we do so deliberately. There are often space/time tradeoffs, and the team takes a balanced approach. For example, if improving performance requires increasing or duplicating the data requirements, we tend to favor smaller data, like we've done in the normalizer and collator components. In the segmenter components, we offer two modes: a machine learning LSTM segmenter with lower data size but heavier CPU usage, and a dictionary-based segmenter with larger data size but faster. (There is ongoing work to make the LSTM segmenter require fewer CPU resources.)

IV. How We Made ICU4X Portable

The software ecosystem continually evolves with new programming languages. The "X" in ICU4X is a nod to the second main design goal: portability to many different environments.

ICU4X is Unicode's first internationalization library to have official wrappers in more than one target language. We do this with a tool we designed called Diplomat, which generates idiomatic bindings in many programming languages that encourage i18n best practices. Thanks to Diplomat, these bindings are easy to maintain, and new programming languages can be added without needing i18n expertise.

Under the covers, ICU4X is written in no_std Rust (no system dependencies) wrapped in a stable ABI that Diplomat bindings invoke across foreign function interface (FFI) or WebAssembly (WASM). We have some basic tutorials for using ICU4X from C++ and JavaScript/TypeScript.

ICU4X represents an exciting new step in bringing internationalized software to more devices, use cases, and programming languages. A Unicode working group is hard at work on expanding ICU4X’s feature set over time so that it becomes more useful and performant; we are eager to learn about new use cases and have more people contribute to the project.

Have questions?  You can contact us on the ICU4X discussion forum!

Want to try it out? See our tutorials, especially our Intro tutorial!

The Unicode Consortium is excited to invite you to our upcoming online event, “Overview of Internationalization and Unicode Projects.”

During this ~2-hour event, hear pre-recorded sessions from some of the experts working to ensure that everyone can fully communicate and collaborate in their languages across all software and services. Unicode representatives will be available for live Q&A for the last 30-40 minutes and our emcee throughout will be Elango Cheran of Google.

Topics and speakers include:
The recording and a playlist will be available on YouTube later this year for anyone who is unable to attend or if attendees want to share the information with others. Depending on community interest, Unicode project leaders will also be available in November and December for virtual “Office Hours” to talk more in depth and answer specific questions.

The link to share with your networks is: https://us06web.zoom.us/webinar/register/WN_ViDf3YFyS7WiAXnHYp88kw

Thanks and hope to see many of you on the 28th! 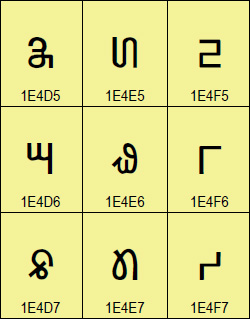 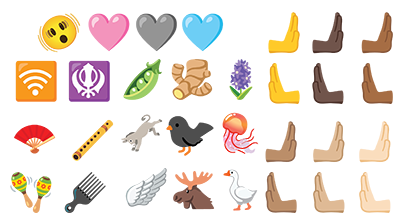