Emoji 13.1 is now final with 217 new emoji sequences! Of these, 210 are skin tone variants; the other seven new emoji are: 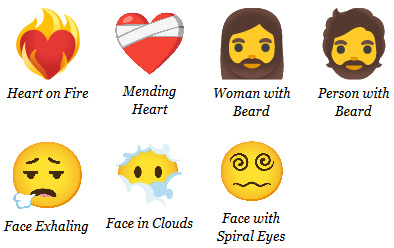 Most of the skin tone variants are for the multi-person emoji groupings couples with heart and couples kissing. 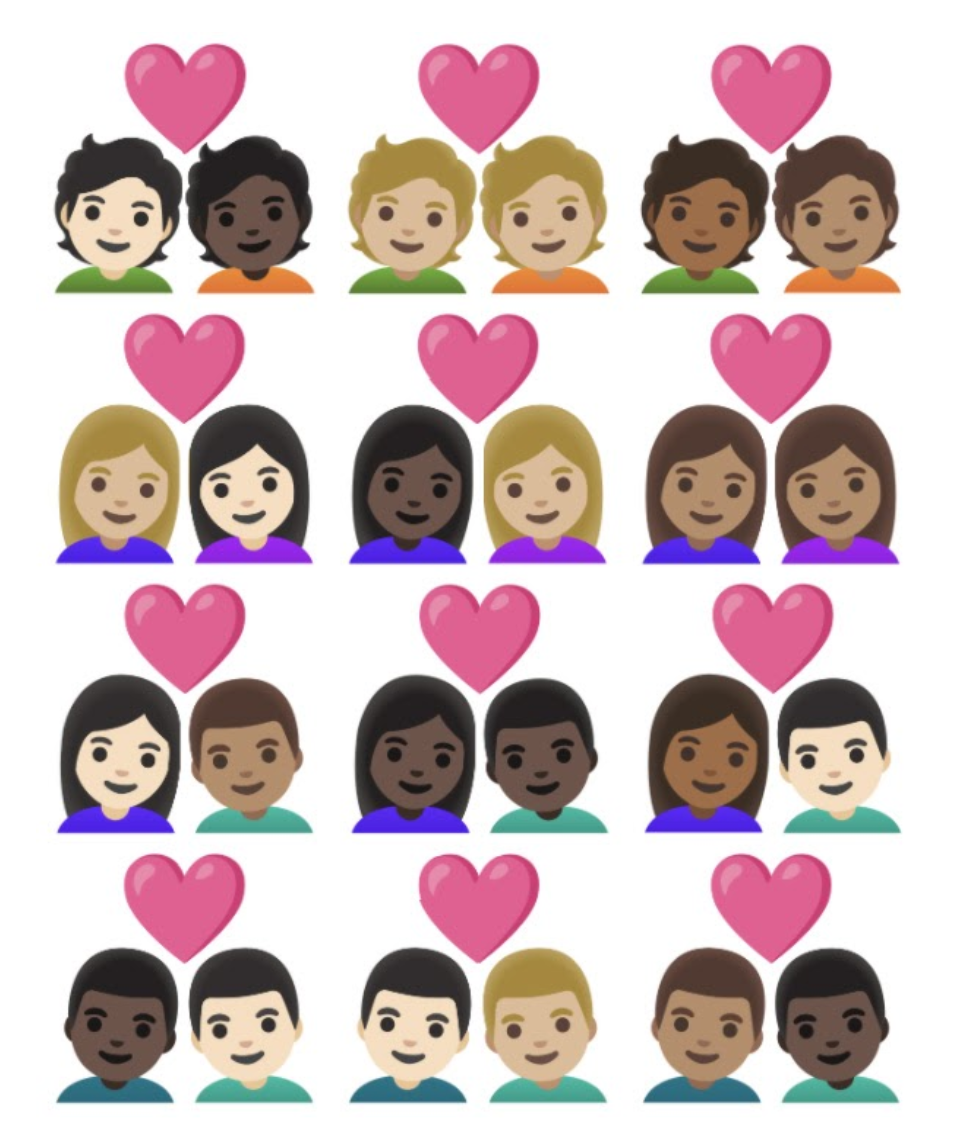 This minor release was created to add new emoji before 2022. The Unicode Consortium is a volunteer organization and we would be completely without new emoji in 2021 if it weren’t for the dedication of many volunteers who make this possible. Thank you! ✨

The new emoji are listed in Emoji Recently Added v13.1. The images provided on that page are just samples: vendors for mobile phones, PCs, and web platforms create their own images.

New emoji in this release should begin appearing on devices in the coming months. These new emoji will also be available for adoption. Donations for adoptions help the Unicode Consortium’s work on digitally disadvantaged languages.

The alpha version of Unicode CLDR version 38 is now available for data testing. The final release of v38 is planned for October 22, 2020. If you find any problems with the data, please file a ticket.

Unicode CLDR provides an update to the key building blocks for software supporting the world's languages. CLDR data is used by all major software systems (including all mobile phones) for their software internationalization and localization, adapting software to the conventions of different languages.

The overall changes to the data items were: